ANNOUNCEMENT -We will temporarily not accept orders until end of SEPTEMBER !!

Due to our business expansion in the UK, we are proud to announce that we will be moving to a new destination soon where we will continue to give our customers the same friendly service as before. The new location allows us to give a wider range of products and serve our customers even better.

We will temporarily not accept orders until further notice !!! 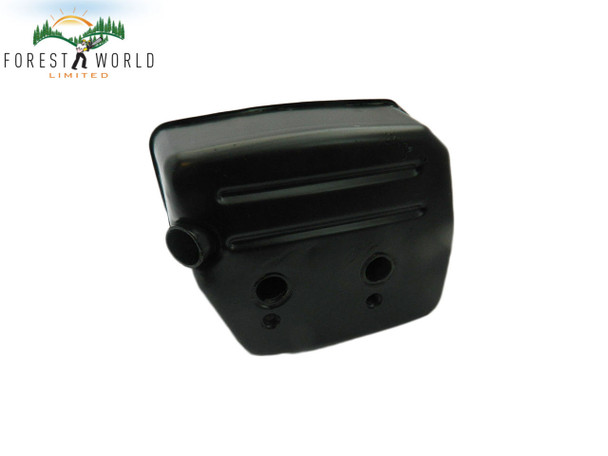 Despite offering competitive performance, one can’t ignore the sound of chainsaws. They might be a performance-centric machine, but it also makes a great deal of noise. There are two ways to reduce the chainsaw noise: creating a sound barrier between the noise and ear or ensuring that the chainsaw works properly. And the second option is to get a chainsaw muffler to limit the intensity of the noise. A muffler on a chainsaw works the same way as it does on a vehicle, and reduces the sound pressure using tubes, holes, and channels.

Like any mechanical equipment, a chainsaw has an engine built inside it to spin the chain around a guide bar. The engine contributes a major portion to the chainsaw noise output in turning the chain.

While you can’t completely get rid of chainsaw noise, however, with a muffler you can inhibit the intensity of the sound to a tolerable extent.